The Hotsheet is our continuing publication by ‘the Stop’ highlighting recently received products and upcoming items or events that might be of interest to our model railroader friends.

The F-Unit is probably the most recognized diesel locomotive in North American history. It was found on railroads from East to West and North to South. Similar in appearance to its predecessor, the EMD F3, the EMD F7 was a 1500 hp multi-purpose locomotive. Although originally promoted as a freight-hauling unit by EMD, the F7 was also used in passenger service hauling such trains such as the Santa Fe Super Chief and the Great Northern Empire Builder. The F7 was the fourth model in GM-EMD’s highly successful F-unit series, and was for a long time (until the introduction of the EMD SD40-2 freight unit) was the best selling Diesel-electric locomotive ever made.

Kato previously offered these only in their train/track sets. The first units will be available in ATSF livery for both freight and passenger.

We have new items from Trucks & Stuff – HO scale semi-trailers and tractors.

Featuring Volvo, Kenworth and Peterbuilt cabs with Tanks, 53’ Reefers and Containers, and 28’ Doubles for trailers. Fully assembled, painted and decaled, from $16.99.

MiniTrainS HOn30 line of 0-4-4t Forney locomotives in various schemes are in the roundhouse at the ‘Stop. 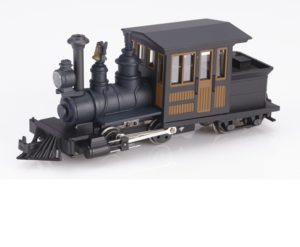 Check out the complete inventory at www.thewhistlestop.com in the HO section under HOn30. 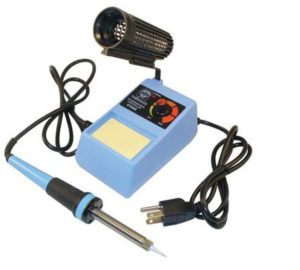 The easiest layout lighting you will ever install…Woodland Scenics Just Plug system.

If you would like the added realism of lighting on your layout but have hesitated due to the perceived complexity of the solution, this product is for you!!!

Literally ‘plug-and-play’: LEDs (with stick ons) in a couple of sizes and multiple colors plug into a Light Hub that uses a manufacturer supplied ‘wall wort’ or the AUX ports on a power pack. Each light can be individually dimmed. Multiple hubs can be attached to an Expansion hub(s) that supports 50 lights per power supply. The Aux Switch turns everything on or off. The control port on the Hubs can take the output from a DCC auxiliary decoder.

No soldering, wire stripping, installation/calculation of resistors, etc. Other products include window film for diffusing the light and light blocking tape/paint for leakage along wall sections.

In the Publications Department 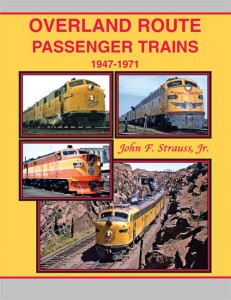 Southern Pacific Trackside at Transition, by Alden A. Armstrong, published by the SP Historical Society. 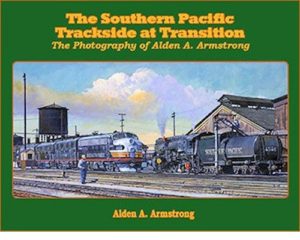 The Southern Pacific Trackside at Transition is a personal pictorial of the face of railroading during the transition years of one of the West’s great railroads. The author and photographer includes in this look at his lifetime of photography, several other railroad companies and short line railroads during his travels.

This landscape book contains 224 black and white, and 145 color photos, most of which have never been published before. Hard cover. 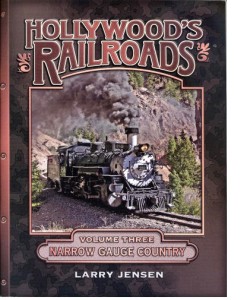 “Hollywood’s Railroads” is a new series of softcover books about railroads and locomotives used by Hollywood in motion pictures and television shows.

From our home page click on the Hotsheet item on the left-hand menu and follow the directions. You’ll get announcements about new arrivals, special events and future products of interest. If you already get the Hotsheet, you do not have to do anything. Be sure to also find us on Facebook.