Back to the History …
The Original Whistle Stop had moved. Phew! After the turmoil of relocation Fred, Brian and crew began settling into the new store.

That “new carpet smell” was just beginning to wear off when the age of websites opened its door. If you are reading this right now, you are the beneficiary of Fred and Brian’s foresight in bringing The Original Whistle Stop into the cyber age.

Long before “Dot.Com” was a household word, Fred pushed hard for The Original Whistle Stop to be one of the first hobby stores with a web site. A good deal of the growth of our business during the 90’s and into the 21st Century can be attributed to our ability to reach customers, like yourself, at any hour of the day, anywhere in the world via thewhistlestop.com.

Our staff puts forth a great deal of effort to keep the site up to date, and to respond to e-mail requests.

In the middle of adapting to the new location and creating the website, The Original Whistle Stop was struck with a disaster that came all too close to putting the business “Out of Business”.

Southern California is known for an earthquake every so often. Parts of the area have yet to recover from the Northridge quake of 1991. The Original Whistle Stop has survived through many an earthquake with hardly a scratch. Though, in a sense, it was an earthquake which never happened that nearly did us in.

The building that houses the store was built of brick in the early 1940’s. As such it required retrofitting to keep it from collapsing during the next “Big One”. While the roof was removed to install a web of reinforcing steel rods a little thundercloud reared its ugly wet head in October 1997. At about 5:45 one fateful morning it rained pretty hard for about half an hour. On the outside, that is. The water came down like rain on the inside for about four hours.

Some sixth sense dragged Fred from his sleep and simultaneously Brian awoke across town. They both met at the store at about the same moment. To their horror, water was streaming through the ceiling in a dozen places. They threw plastic tarps on everything they could cover. As the day wore on, many friends, employees and customers helped save most of the stock. At one point, there were plastic tarps everywhere, water dripping from the ceiling from new places every few minutes, no electric power and a dozen or so very tired workers soaked from head to toe. Just then a customer slogged through the open front door to the sales counter, his shoes in an inch of water while he asked anyone who would stop long enough to answer “Are you guys open?”
The Original Whistle Stop wasn’t open the rest of that day.
While the inventory was boxed up and put in storage, a contractor was hired to completely gut the place, repaint, replace carpet, and install all new electrical and lighting. The Original Whistle Stop stayed open on a limited basis for six weeks during the rebuilding. Our crew answered phones, sold magazines and filled special orders.

Fred and Brian fought with contractors and insurance companies. Everyone pitched in and worked their tails off.

On the weekend before Thanksgiving The Original Whistle Stop celebrated its reopening with a parking lot party.

In the years since we were almost washed away, we’ve weathered many storms, as any small business does. We’ve been fortunate to have built a loyal following that literally stretches all over the world. 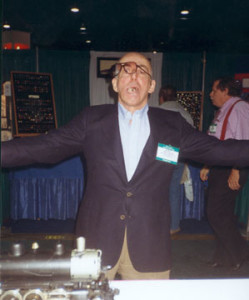 This is what competing with Fred will do to a man!
Al Ichelson, Challenger Imports

Fred Hill, through his active participation in railroad historical groups and industry associations, as well as being partners in an importing company has firmly established himself as a leader in the industry. Brian Brooks has also been active in industry associations, co-authored a booklet and helped raise funds for Santa Fe 3751.

Some of the more important PROMOTIONAL Railroad Activities.. 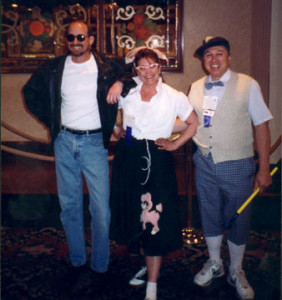 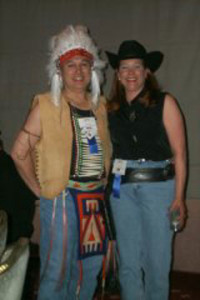 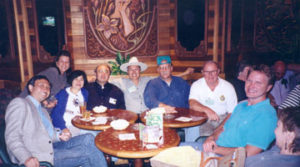 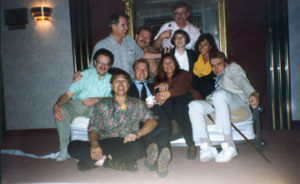 National Model Railroad Association
As you can see … working a Convention is very stressful! 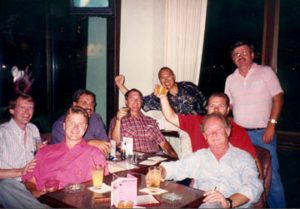 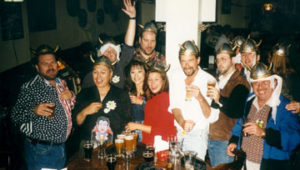 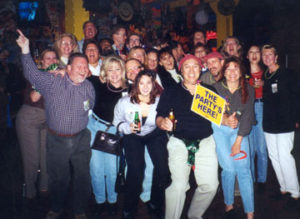 And last, but not least….there’s Chama… 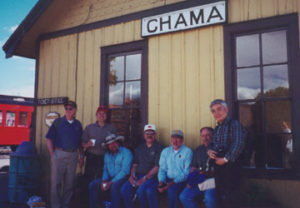 Together with our crew, the Original Whistle Stop is proud to have reached 50 years! 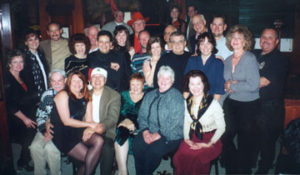 Over the years we’ve had quite an eclectic bunch of crewmembers. Among the post- Original Whistle Stop careers that our crew members now pursue, there are railroad engineers, lawyers, horse breeders, architects, ambulance drivers, FEDEX drivers, helicopter pilots, publishers and a host of (mostly) respectable occupations. Some are just retired and full-time model railroaders!

It’s been a great pleasure spreading our joy of model railroading with you. We look forward to many more years of sharing the fun.

Here is a small glimpse of the next 25 years … that is if trains loose their appeal. 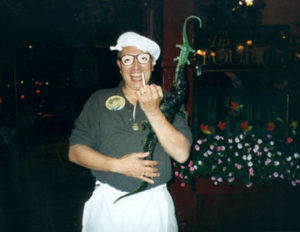 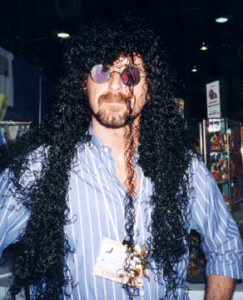 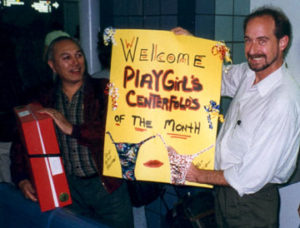 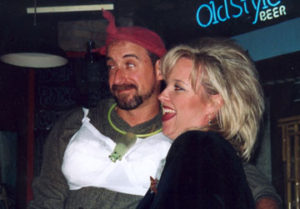 Brian could try his talent in manufacturing – women’s lingerie – since he has the body for it and volunteered help. 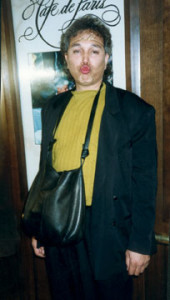 All the best,
Fred, Brian and crew of
The Original Whistle Stop.